To help operators avoid resorting to the costly and risky removal and replacement of pipe work affected by unwanted residues and debris, pipeline and process systems cleaning services are now using innovative new technologies to quickly clean and restore pipework back to normal, workable state.

Pipetech, the independent pipe and process cleaning solutions specialist based in Aberdeen and Stavanger, is expanding its services and equipment portfolio to tackle flow and blockage challenges at oil and gas assets and industrial power plants and refineries.

The company’s pipe cleaning services now go beyond traditional pipe and process systems to overcome stubborn and potentially harmful cleaning problems in tanks, vessels and other system elements, and align itself more directly with client demands and challenges. This will encompass the use of chemical cleaning treatments for small bore piping for example, for use in industrial sites as well as targeting flow and blockage problems in subsea and well environments. The company is enhancing its business strategy to be seen a single-source solution for pipe and process cleaning challenges.

One such innovation is the development of a novel Deep Water Cleaning System (DWCS) (figure 1) for subsea infrastructure. It recently secured its second deployment to clean a blocked 2” pipeline in a West of Shetland asset. It follows a successful test run at Pipetech’s facilities where the pipe’s conditions were replicated and the blockage was safely removed using the DWCS. 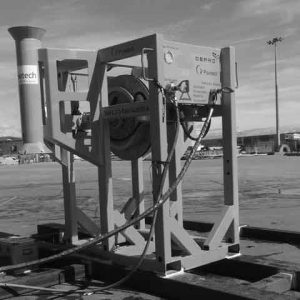 Figure 1:         The Deep Water Cleaning System eliminates the need for costly and intrusive and prolonged repairs

The DWCS was previously deployed in a £1.2 million campaign by a major operator to successfully clear a blockage in a subsea manifold in a development in the Norwegian North Sea.

The DWCS comprises a range of topside and subsea equipment. A high-pressure water supply from topside, vessel or rig is routed via a downline to the DWCS and its unique hose and nozzle arrangements. The innovative water-jetting technology uses no chemicals, only water, to clean any subsea system such as manifolds, trees and pipelines to its original state thereby reducing downtime.

For common problems, such as a stuck pig, the DWCS eliminates the need for intrusive and prolonged repairs, often involving the cutting of pipes or hoisting devices to recover pigs, by simply flushing it away.

Pipetech continues to deploy its conventional cleaning technologies such as the Aqua Milling® system (figure 1). This is extremely efficient at cleaning pipework without causing any damage or affecting integrity. The advanced, remotely operated system is often the only alternative to replacing piping systems and can be achieved at a fraction of the cost.

The company was recently commissioned to remove unwanted pipe debris from the pipework system of a gas terminal. After a detailed feasibility survey, Aqua Milling® was used to clean the entire 210 metres length, comprising 48 directional changes and ranging in diameter from 6” to 20” I/D.

The technology has a proven track record for its ability to reach up to 600 metres in a straight line and if including bends, can negotiate around fifteen 90o degree elbows or 20 directional changes, often where pigging tools are unable to negotiate. It provides an unrivalled 360° clean of the inner pipework walls using a selection of 2,000 fixed nozzle configurations to suit the level of cleaning required, the size of the pipework, and the type of debris to be removed.

The cleaning technology can also be used for waste removal and cleaning inside process vessels and tanks. In addition, the Pipeline in Operation (PIO) unit can clean inside pressurized environments. Its objective is to tackle flow and blockage problems to maximize efficiency and prevent downtime at oil and gas assets, industrial power plants and refineries.

Prior to this and any project, Pipetech technicians and specialists perform a sample test on a section of pipework to be cleaned (figure 2). This normally involves a boroscope camera inspection to ascertain the scale and severity of the scale or debris to be removed but is not always a pre-requisite. Thorough examination is also used to select nozzle configurations, pressure requirements, hose deployment and rotational speed to achieve the optimum cleaning solution for efficient project execution.

Figure 2:         Thorough testing and inspection is carried out on a sample section at Pipetech’s facility prior to executing the full scope of work

An Entry Point Alignment Tool (EPAT), designed by Pipetech, was attached to the flange at several points along the pipe with a blind flange attached to the opposing end. This assembly acts as a manifold to control and safely distribute recovered waste and ensure the Aqua Milling® hose and nozzle are fully enclosed (figure 3).

Using pressure, high flow and a twister system to spin the hose, the nozzle can typically rotate between 10 rpm to 300 rpm and can apply high pressure water at approximately 950 bar applying around 35 m/s of water velocity (around 200 litres of water per minute) at the nozzle exit with a density of 1,000 kg/m3 on the inside of the pipework in opposing directions without inflicting damage.

Aqua Milling® nozzles, with rear facing jets, use both sea and unsalted water to remove debris from the line. The technology offers different configurations of forward facing nozzles with side facing, polishing forward facing cuttings heads to remove blockages. Wastewater is then removed through the EPAT device.

The speed of operation can vary from one inch to one foot per minute depending on the severity and scale of the material or debris to be removed. Typically, two runs of the Aqua Milling® process are performed in each direction on each spool or pipe section, However, only one deployment in and one outward is typically good enough for ultra-sonic inspection data to be achieved. If any residue remains after inspection a repeat run can be carried out and a final inspection made (figure 4). 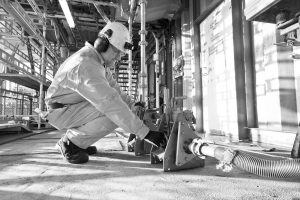 Figure 4:         The project was completed in 20 days with six Pipetech personnel working shifts across 24 hours

The closing inspection revealed that the majority of pipework and elbows showed no or small traces of material remaining. This was then deemed intact and stable, and not sufficient enough to cause any consequential damage, such as plugging of the system strainer or anti-surge valve. Significant cost savings and environmental benefits were achieved for the client by eliminating the need for chemical flushing due to the significant cleaning performance of Aqua Milling® (figure 5a and b).

Figure 5a and b:        A before and after picture of manganese oxide scale which was removed by Pipetech from a manganese ferroalloy plant in Norway

Triumph where others fail

In another project using the Aqua Milling® system, Pipetech cleaned residual scale from a 24”, 250 metre length of offshore export line prior to ultra-sonic inspection. This involved negotiating ten bends of varying diameters and concentrated cleaning of up to 80 metres around the splash zone. The line was cleaned at an average rate of 20 metres per hour with a final clean using a polishing side bias nozzle. Pipetech adopts a step-wise procedure for complex pipework such as this, monitoring friction loads throughout all operations to ensure the hose and nozzle can easily be retrieved. The project was completed in seven days.

The technology can also be used to remove problematic corrosion. In one such project, Pipetech reacted to a quick call-off to remove corrosion from inside three sounding lines, which led into ballast tanks. This was restricting the inside diameter of the pipework, which could potentially create a blockage. Other traditional systems had previously attempted and failed. The line was accessed via 2” restricted entry point opening to a 12” inner diameter pipe, comprising of a number of complex bends. Within four hours, Aqua Milling® specialists had polished and returned the full diameter of sounding line and the inner walls back to bare metal.

A deeper, cleaner future for pipework

Pipetech has also recently won a number of industrial services contracts, including its first contract in Sweden for a major oil refinery. This is the largest project in Pipetech’s history having cleaned various pipework systems across nearly 10km. The organization plans to continue its expansion into international markets across Scandinavia and Holland.

Pipetech is focused on achieving industrial cleaning excellence and aims to provide a service and solutions package that is unparalleled. Use of the Aqua Milling® technology and the DWCS has reaped significant financial, environmental and logistical rewards for operators.